Who has been the best leader in this century? VOTE NOW 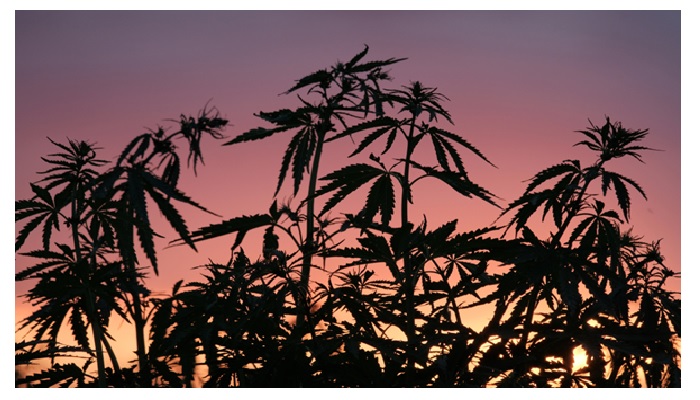 Many countries are inching ever closer to fully legalizing marijuana for recreational adult use, as Canada and Uruguay already have. In a matter of years, Mexico, Jamaica, the Netherlands and even the United States could offer nationwide decriminalization and regulation.

Yet, as the future of cannabis looks bright, it is important to reflect on the plant’s past. Here’s a journey through the history of hemp, from the first seeds in Mongolia to the fecund farms of the New World.

Experts believe that cannabis first evolved across the eastern Eurasian Steppe, in a territory now called Mongolia and southern Siberia. It is likely that the first cannabis plants were small and weedy, and they probably developed terpenes and cannabinoids as defense mechanisms against the sun’s UV rays and the environment’s voracious pests.

Early humans traveling through the region would harvest the plant’s seeds, enjoying their healthful fat and abundance of nutrients. Before long, cannabis plants began growing in humans’ trash heaps and midden piles, and humans began to discover other uses for them: as fiber for ropes and clothing, and eventually as a psychoactive drug.

Because the plant grows so fast, cannabis was easy for early humans to domesticate. Researchers believe that cannabis was among the first crops ever purposefully cultivated by humankind, and its use quickly spread to groups across Asia. The first evidence of marijuana use comes from a 2,500-year-old cemetery in western China, but drawings of cannabis use begin to appear in India, Korea, Persia and farther.

Cannabis Through the Enlightenment

At the turn of the first millennium, cannabis use was seeping beyond Asia and into Africa and Europe. By this time, the plant had been cultivated to grow taller and stronger, sometimes with a greater concentration of cannabinoids, than it naturally evolved. Hemp rapidly became the world’s primary textile, responsible for over 90 percent of clothing as well as sailing canvas.

At this time in history, few cultures used marijuana purely as a recreational drug. Rather, it was used across the Old World as a spiritual or medicinal tool, for guiding religious ritual or healing the sick or ailing. What’s more, most cultures did not smoke cannabis in the modern sense of rolling crushed flowers into papers or using a pipe; the practice of smoking plant material did not become popular until tobacco was discovered in the New World. Rather, most cultures consumed cannabis in edibles or created alcohol-based tinctures. 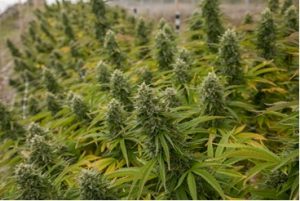 The Spanish brought cannabis to the New World as early as the 16th century, and in the 17th century, English colonists in America passed laws requiring landowners to dedicate some portion of their farm to hemp cultivation. It is likely thanks to hemp thriving on American plantations — as well as the use of chattel slaves from Africa to transform the hemp into valuable fiber — that the American colonies found wealth and success.

Through the 18th and 19th centuries, cannabis gradually fell out of favor in several ways. Cotton became more profitable as a textile, and the stimulants tobacco and coffee became the world’s drugs of choice. However, amongst white Europeans and Americans, cannabis rose in popularity as a medicinal cure. Used in patent medicines to treat anything from headaches to seizure disorders, it wasn’t difficult to find cannabis tinctures and infusions on store shelves or in the average person’s home.

Unfortunately, around the turn of the 20th century, attitudes toward cannabis began to change. Industrialization in the United States brought a thriving economy that attracted immigrants from around the world, triggering white American xenophobia. Immigrants from Latin American countries in particular brought the practice of smoking cannabis, which they called marijuana. Unfortunately, in an effort to control immigrant populations, states began rapidly passing legislation that outlaws the possession and use of marijuana. In 1937, the Federal government banned cannabis nationwide, and not long after, most other developed nations followed suit.

Essentially all 20th century fears surrounding marijuana use are not founded on evidence or fact. Claims that marijuana makes users more violent or endangers communities were almost immediately disproved in the 1940s, and researchers discovered noteworthy benefits of using cannabis in the 1960s and ‘70s. Still, because the populations most likely to cultivate and use cannabis were populations of immigrants or racial minorities, the government continued to escalate punishments for cannabis-related crimes into the 21st century.

The Future of Cannabis

Fortunately, cannabis laws are beginning to change fast. Thanks to decades of activism from marijuana users and emerging research regarding the drug’s safety and efficacy as a medical treatment, more people around the world are once again embracing one of the oldest and most important plants to human history. Even states in the Southeast and Midwest are shifting their attitudes and adopting a more progressive stance on cannabis; recreational marijuana dispensaries in Michigan were among the open legally far from the West Coast, and decriminalization efforts in Mississippi and Alabama demonstrate that there is massive support for legalizing weed.

Though the U.S. wasn’t the first country to accept legal recreational marijuana at the national level, it could mark a turning point in global attitudes toward the drug. History is made every day — and it is fascinating to watch cannabis history be made in real time.