The Best Mobile AR and VR Apps for iOS and Android

The Impact Of Technology On The Gambling Industry

The Key To Creating A Successful Brand In The Gaming Industry 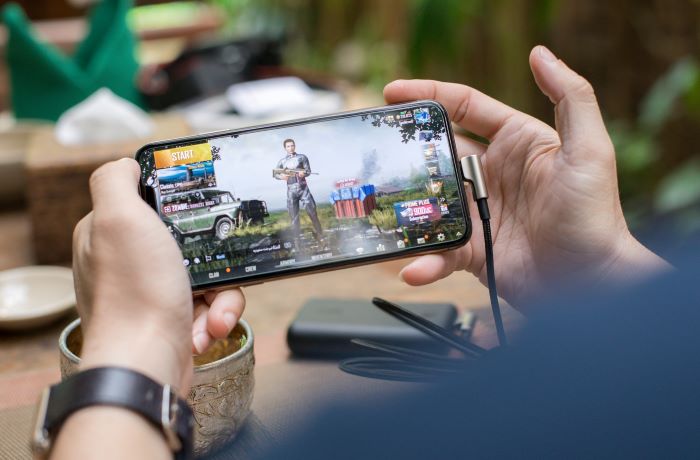 VR and AR gaming might seem like a technological fad that’s only reserved for the rich and elite, considering that the hardware required to run these apps and games can get really pricey. However, there’s already a rising trend in terms of AR and VR usage, especially now that the world’s leading tech companies are heavily leaning towards the development of metaverses. Sure, traditional VR and AR gaming hardware can get expensive, but mobile devices like phones and tablets are actually fitted with apps that provide just an immersive experience.

There are so many VR and AR gaming headsets that are being sold on the market today which are targeted more towards mobile users. This can include Google Cardboard, Samsung Gear, Daydream, and more. However, it’s important to note that not all mobile devices are compatible with VR and AR gaming. Sometimes, there will be certain apps and games that may even require the use of an additional controller aside from just the gaming headset. Whatever the case, there’s always going to be an AR- or VR-capable app that’s fit for any kind of user. In this article, we will go over some of the best AR and VR apps for both iOS and Android users.

Hidden Temple VR Adventure is exactly the kind of game that VR developers had min mind when they first thought up the idea of virtual reality gaming. It’s an incredibly unique game that thrusts players into the middle of a temple in a quest to find their way out while also uncovering some hidden secrets along the way. It may just be a simple point-and-click adventure game, but the graphics are so beautifully rendered that the game provides an incredibly immersive gaming experience that’s very hard to replicate.

These days, VR can seem like such a novelty, especially when the main focus of different apps and games is merely to integrate a VR component. However, the real reason that VR experiences can get truly immersive is through effective storytelling and environment development. That’s exactly what VR Noir is able to provide. It’s a thoughtful detective game that provides an immersive cinematic experience for players through an engaging narrative and beautiful visuals.

InCell VR isn’t going to be the last racing game on this list, but it’s definitely one that you should consider trying out even if you’re not a fan of the racing genre. It’s an incredibly exhilarating game that’s packed with a lot of thrill and excitement. The game is designed to get your heart pumping with every twist and turn as players compete with one another to get to the finish line first. The race maps are littered with dozens of different obstacles that make the gameplay a lot more compelling and just downright addictive.

There are many different kinds of gamers in the world and some of them like to play for money. More specifically, a lot of players like to gamble. That shouldn’t come as a surprise as gambling is one of the most prominent pastimes in all of civilization. There’s a reason why gambling, especially online gambling, has surged in popularity along with the development of technology and the internet. Big Spin Slots is a perfect example of the gambling industry’s ability to adapt to changing technologies. In the past, gamblers would have to visit their nearest gambling houses or casinos in order to play their favorite games. With a game like Big Spin Slots, players can now spin as much as they want from within the comforts of their own homes without having to give up the immersion and excitement of being in an actual casino. This game is a perfect example of the sheer potential of how online slots can continue to innovate.

Sometimes, VR and AR apps don’t always have to function as games in order for them to be enjoyable. That’s exactly what vTime XR is able to do. Think of vTime XR as Facebook in a virtual reality format. Users are given the chance to create their own custom avatars and are then thrust into a virtual reality environment wherein you are free to interact with other users from all over the world. In fact, vTime XR is getting so popular that it’s now available in more than 190 countries globally. Many tech watchers consider this to be the future of social online interactions.

Hunters Gate is a callback to classic arcade games that kids of the 80s and 90s fell in love with when they were growing up. This VR-ready game has users playing as mages or gunslingers as they make their way through an incredibly rendered 3D world in a town called Hunters Gate. There’s nothing particularly extraordinary about the game’s narrative or gameplay features. But it’s still an enjoyable game nonetheless that gamers can spend hours on without getting bored.

For the gamer who enjoys a good problem-solving session or a difficult puzzle, Keep Talking and Nobody Explodes is a great option. It’s one of the best VR games that has users figure out some incredibly complex puzzles paired with some over-the-top cartoon animation. Essentially, players are trapped in a single room with a bomb and they are tasked with defusing the bomb before it goes off. One of the best features of the game is that it can be played via local multiplayer.

Need for Speed has cemented itself as one of the most important franchises in racing game history. Ever since dedicated gaming consoles started making their way into the homes of people around the world, Need for Speed has developed a reputation for being a go-to title when it comes to racing. That’s why it shouldn’t come to anyone’s surprise that its first venture into VR is one that’s definitely worth trying.

Related Topics:AndroidAR and VR AppsiOSVR and AR gaming
Up Next