SEAT Rolls Out its Electric Offensive in Barcelona 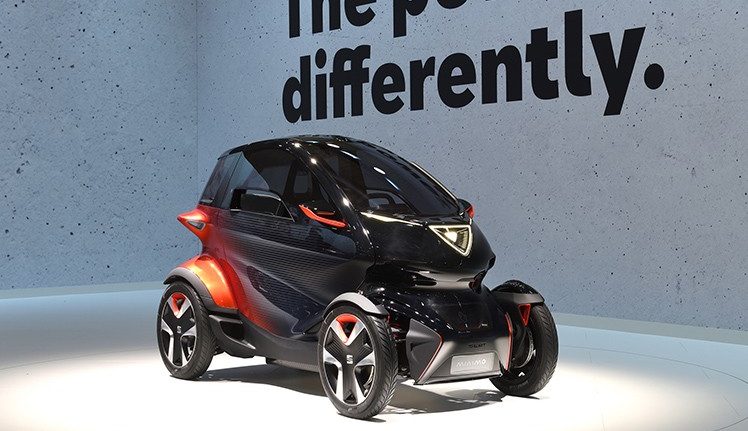 SEAT celebrates its 69 years of history and is participating this year in the 100th edition of the Automobile Barcelona, where it has rolled out its vision of electric mobility with its two new concept cars – the first ever fully electric SEAT el-Born and the SEAT Minimó, a forward-looking approach that aims to become the companion of cities and revolutionise urban mobility. Moreover, CUPRA is also displaying the new CUPRA Formentor, the brand’s own first model, as well as the e-Racer, the first ever fully electric touring racecar.

SEAT CEO Luca de Meo pointed out that “the auto industry is undergoing a process of transformation and is facing the biggest challenge in its over 100 years of history. We are at our best moment and with these launches can look to the future with confidence and lead the transformation facing the sector.”

SEAT is displaying its range at the motor show alongside all the Volkswagen Group brands in the same space in order to demonstrate the strength of the consortium and its vision of future mobility. During the Group Night held yesterday, for the first time in the history of the motor show three gobal CEOs from the Volkswagen Group came together to talk about the future of mobility –  Oliver Blume, Porsche CEO and global head of Production for the Volkswagen Group; Lamborghini CEO Stefano Domenicali and Luca de Meo, SEAT CEO and highest representative of the companies of the Group in Spain.

During the two weeks of the motor show event, SEAT is also bringing the latest developments in its range to the general public so they can test drive the new Tarraco, the Arona TGI, the Ibiza, the recently presented CUPRA Ateca and even its first solution for urban micromobility, the SEAT eXS KickScooter powered by Segway.

The el-Born concept car is the first SEAT that has been conceived as an electric vehicle and it is scheduled for market launch in 2020. SEAT will be the Volkswagen Group’s second brand to make a model on the MEB platform, whose assembly line is set to turn out a new generation of vehicles based on the market’s most advanced electric and connectivity technology.

With a practical range of between 300 and 420 km thanks to its 58 kWh battery, this vehicle is ready to travel beyond urban limits. The battery is compatible with direct current superchargers of 100 kW; Thanks to this, the SEAT el-Born will take the energy needed for at least 260km in only 30 minutes.

* The SEAT el-Born is a concept car, so all technical data is provisional and subject to revision.

SEAT Minimó, the best companion for the city

The SEAT Minimó concept vehicle, which was presented at the most recent edition of the Mobile World Congress in Barcelona, combines the comfort and safety of a car with the agility of a motorcycle. This new concept confirms SEAT’s commitment to urban micromobility and expands the easy mobility ecosystem that the brand is fostering. The company is working with institutions to continue to develop the model with the needs of cities in mind prior to its possible market launch. Following the launch of the SEAT eXS KickScooter powered by SEGWAY and with the international presentation of the SEAT Minimó concept car, the company is going to lead the urban micromobility strategy for the Volkswagen Group.

Defining new mobility with the Department of Traffic

SEAT Digital Officer Fabian Simmer is going to join other relevant names in the sector at the debate table organised by the Department of Traffic and the Barcelona Council, to talk about connected, urban mobility, where he will be sharing some of the key aspects that have made SEAT a benchmark of the connected car. Among others, the company was the first brand in the world to integrate Shazam and Waze navigation in its cars, and was the first European brand to incorporate the Amazon Alexa voice-activated assistant in its vehicles.

SEAT breaks the barrier of 200,000 cars in the first four-month period

SEAT sold 51,000 vehicles last April, which is 1.8% better than the 2018 result. It was also the best month of April in the company’s nearly seven decades of history, exceeding the figure of 50,100 posted one year ago.

Furthermore, sales of the new CUPRA* brand continue to break records. In the first four months of the year, CUPRA sold 7,900 cars, which is 82.3% more than in the same period in 2018 (*note: result integrated in SEAT’s total sales figure).

CUPRA connects to the future

After just one year of operation as an independent brand, CUPRA is presenting the CUPRA Formentor concept car in Barcelona, which is the first model it has developed. It is intended to take the brand into the future, equipped with a high-performance plug-in hybrid engine whose output is designed to comply with current performance and efficiency requirements. Its market launch in 2020 will signal the beginning of the brand’s electrification of commercial vehicles.

9 Things You Didn’t Know About The All-New Arteon