Global Sports Brand PUMA drops a reimagined icon as they pair the legendary DISC System with a sleek contemporary upper and the brand’s IGNITE FOAM technology. 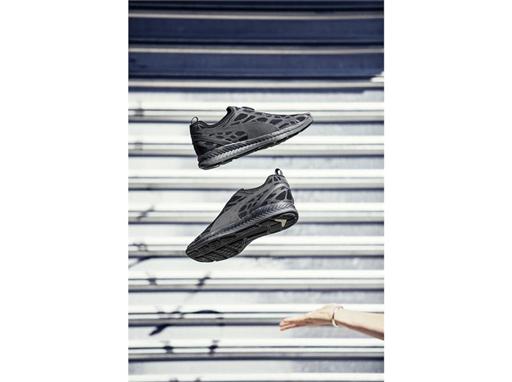 The PUMA DISC System was the brand’s complex and technological solution to an ancient problem- how do you keep those shoes tight without the fuss of laces?

Originally launched in 1991 and named in honor of the plastic disc that featured front and square on the tongue, the system worked as the disc rotated, pulling internal wires that tightened the upper for a comfortable fit. Adapted into PUMA’s performance footwear, from runners to court shoes the futuristic styles have since been reissued as lifestyle sneakers with the likes of DISC Blaze accruing a massive cult following.

The contemporary iteration of the icon, the IGNITE DISC Sleeve, features PUMA’s celebrated energy returning IGNITE FOAM, an updated and slimmer DISC System, and a minimalist upper for a snug fit. Sport performance innovation from upper to sole, the new style with its futuristic aesthetic, is as forward thinking as it problem-solving predecessor.

The PUMA IGNITE DISC Sleeve will be available at PUMA Stores and global retailers starting March 2016.

A Modern Collection Full of Historic Charm, Made with More Sustainable Materials