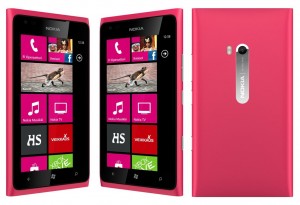 Espoo, Finland – Nokia Networks today announced that it has conducted the first live network trial of a software feature that improves smartphone performance on 3G networks. Nokia High Speed Cell FACH* cuts smartphone-generated network signaling by up to 80%, boosts response time by up to 65% and achieves up to 20% faster browsing. Up to 40% power savings, contributing to longer smartphone battery life for subscribers, were also shown**. The tests were run on the commercial 3G/HSPA network of a major European operator using test devices fitted with Qualcomm®  Snapdragon(TM) processors that support High Speed Cell FACH***.

Part of the Nokia Liquid Radio WCDMA Software Suite, High Speed Cell FACH is already available, so operators can prepare for the market when smartphones support the feature.

Nokia invests in technologies important in a world where billions of devices are connected. We are focused on three businesses: network infrastructure software, hardware and services, which we offer through Nokia Networks; location intelligence, which we provide through HERE; and advanced technology development and licensing, which we pursue through Nokia Technologies. Each of these businesses is a leader in its respective field.

Nokia Networks is the world’s specialist in mobile broadband. From the first ever call on GSM, to the first call on LTE, we operate at the forefront of each generation of mobile technology. Our global experts invent the new capabilities our customers need in their networks. We provide the world’s most efficient mobile networks, the intelligence to maximize the value of those networks, and the services to make it all work seamlessly. www.nsn.com //http://company.nokia.com

Samsung Galaxy Devices based on KNOX platform are the First Consumer Mobile Devices NIAP-Validated and Approved for U.S. Government Classified Use