At 300-plus pounds, linemen are the biggest, strongest guys on the gridiron. “They’re super physical and aggressive, but they’re also explosive and incredibly versatile,” says Erin Cochrane, Lead Footwear Designer for Nike’s latest lineman-dedicated cleat, the Nike Force Savage Elite. Thus, the design challenge was to build something strong and protective that enables the athlete to be equally powerful and fast. 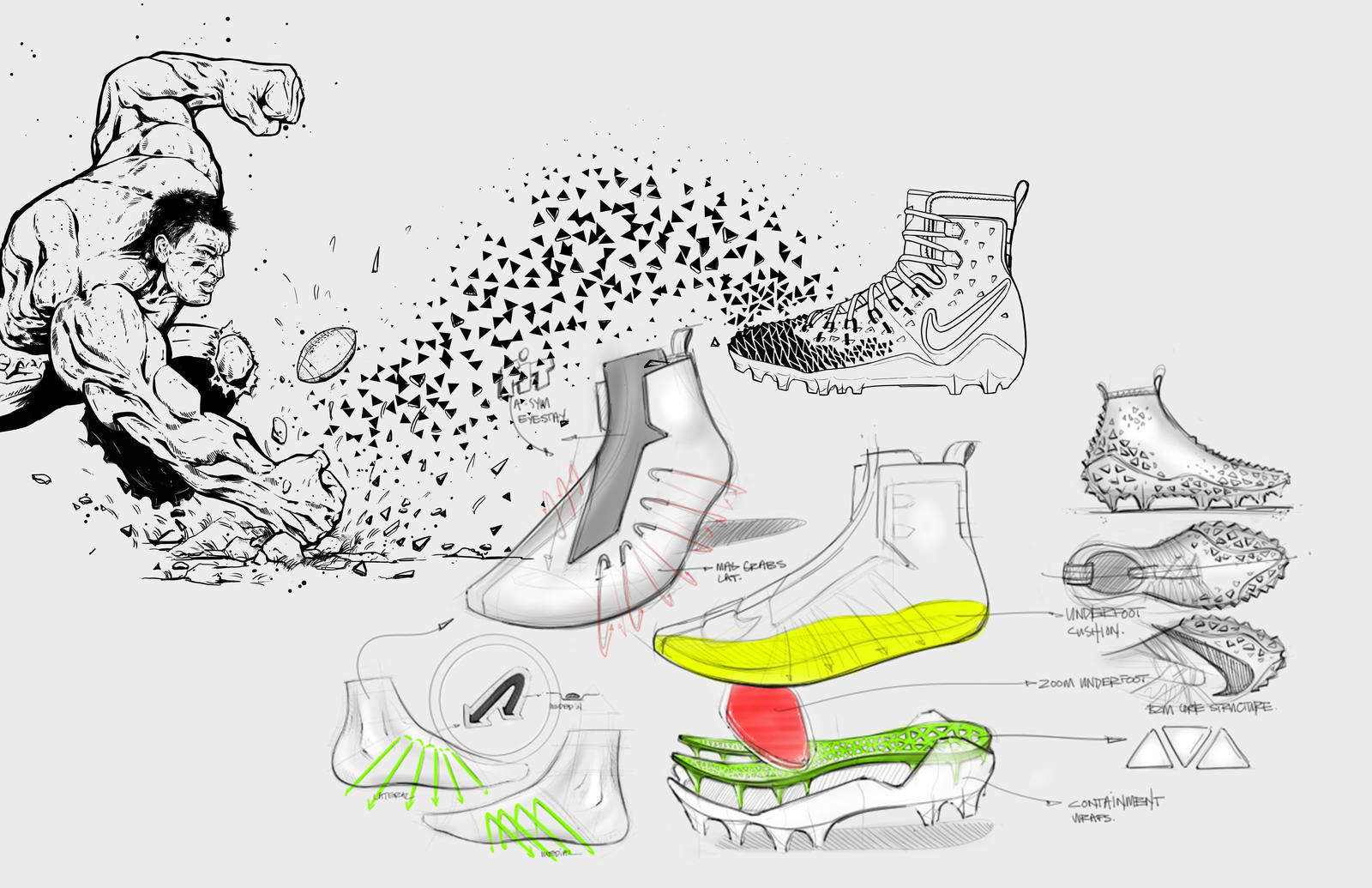 Erin Cochrane designed this cleat for the larger-than-life players.

The Nike Force Savage Elite’s strength comes in the form of 15 twisting triangular studs that line the outsole. “Triangles are the strongest force in nature,” says Cochrane. Beyond that, testing also proved the shape provides the best 360-degree traction on the field. “Every time a player cuts he has an edge to push off,” she says. 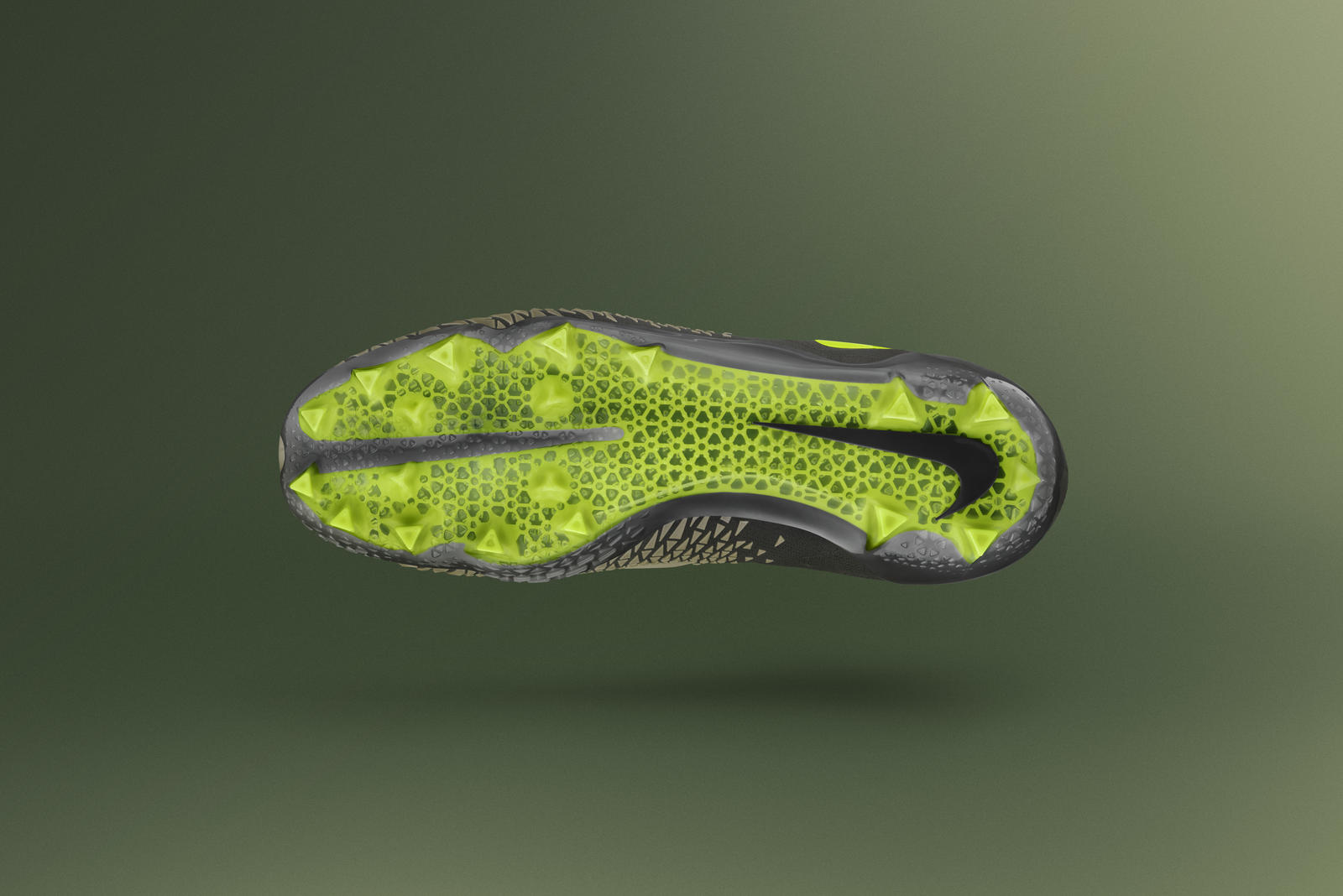 A combination of 15 twisting triangular studs that line the perimeter and four secondary studs under the forefoot of the outsole help the athlete get maximum traction from every angle.

Designers also turned to triangles to provide armor on top of the cleat. “Offensive linemen get stepped on a lot when they’re trying to protect the quarterback,” explains Cochrane, “so we wanted their cleat to act as a steel-toed boot.” Tough triangular structures (made out of a material called Kurim, which is a cast polyurethane) sit on top of a molded foam package on the forefoot to shield painful stud stabs.

Triangles on the top, sides and bottom of the cleat provide complete protection.

Typically, linemen wear tape or a brace for additional protection. “We worked with the Nike Sport Research Lab and found that after about 20 minutes, tape doesn’t provide any physical benefit,” says Cochrane. Though it provides an important mental one: The athletes expressed that they feel safer when they’re wearing something around their ankles. Because wrestling shoes nail ankle support, Cochrane’s team thought to put a wrestling boot on a football plate. This resulted in a mobile upper that, when tightened, locks the foot and ankle in to provide the sensation of support. Beyond that, the oversize cables are motion specific. “The lateral side grabs the player’s foot when he cuts, and the medial side pulls from the arch,” explains Cochrane. 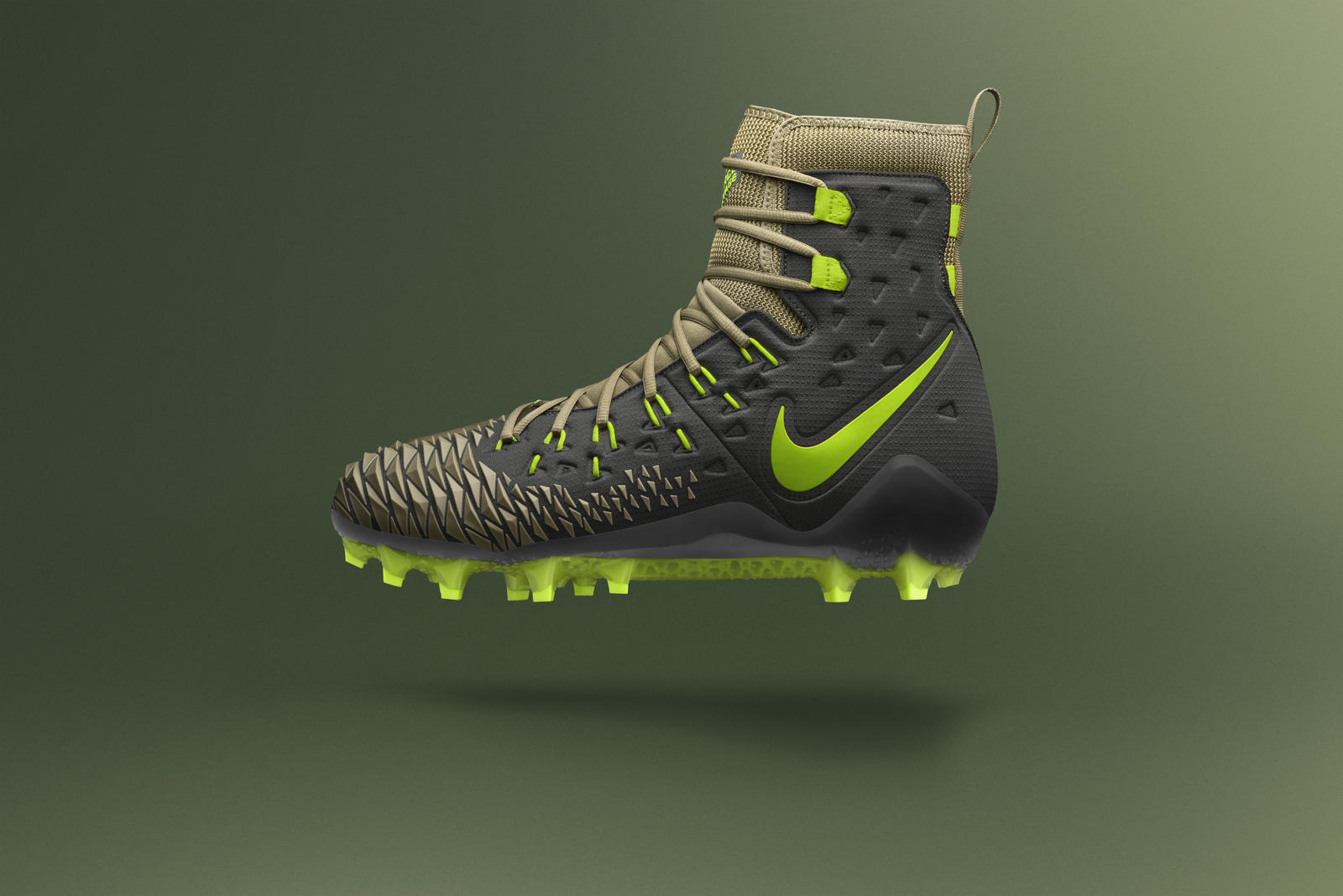 The high rise and oversize cables keep the ankle in a safe spot.

The Nike Force Savage Elite makes power and speed possible through a streamlined sole. Cleats typically employ an external midsole, but designers replaced that with a Lunarlon drop-in. They then shot TPU around the sole to cup everything together, making the shoe lighter but stronger. “This gives the players support directly under foot,” explains Cochrane. “And it helps them to propel off the forefoot when they’re in their three-foot stance.” It also keeps them comfortable throughout an entire game. “These guys are heavy and they have big, wide feet,” says Cochrane. “This configuration really wraps the foot and keeps the player closer to the ground.”

Aside from the functional needs, designers took the players’ big personalities into consideration when creating this cleat. “The linemen dance and have fun — and for the first time, we’re designing for their physical demands and personalities,” says Cochrane. In the past, the former overshadowed any room for the latter. “Linemen wear what everyone calls big uglys,” says Cochrane. “Our goal was to make linemen look cool, to give them big sexys for once.”

The Nike Force Savage Elite is the latest cleat in the Nike Force class, one of Nike Football’s three dedicated silos (Nike Alpha, Nike Vapor and Nike Force) that are based on style of play. It will be available today on nike.com and at select retailers.