Learn exactly what went into designing Nike’s lightest, most innovative — and surprising — football cleat straight from the lead footwear designer and star Seattle Seahawks quarterback. A limited release will be available for pre-order on March .

Nike’s latest cleat, the Alpha Menace Elite, breaks a lot of rules, par for the course if you’re known as a menace. “In terms of cleats we’ve made before, this is our antagonist,” says Jeff Rasmussen, Nike Sr. Inline Innovator and the lead footwear designer for the Alpha Menace Elite. “It has a dangerous, gritty vibe.”

The Russell Wilson PE features a white upper with a camo print.

That’s because the Menace was built for versatile, explosive and multidirectional players such as Russell Wilson. Russell provided key insight and was integrated in the design and development of the Alpha Menace Elite and his Russell Wilson PE. 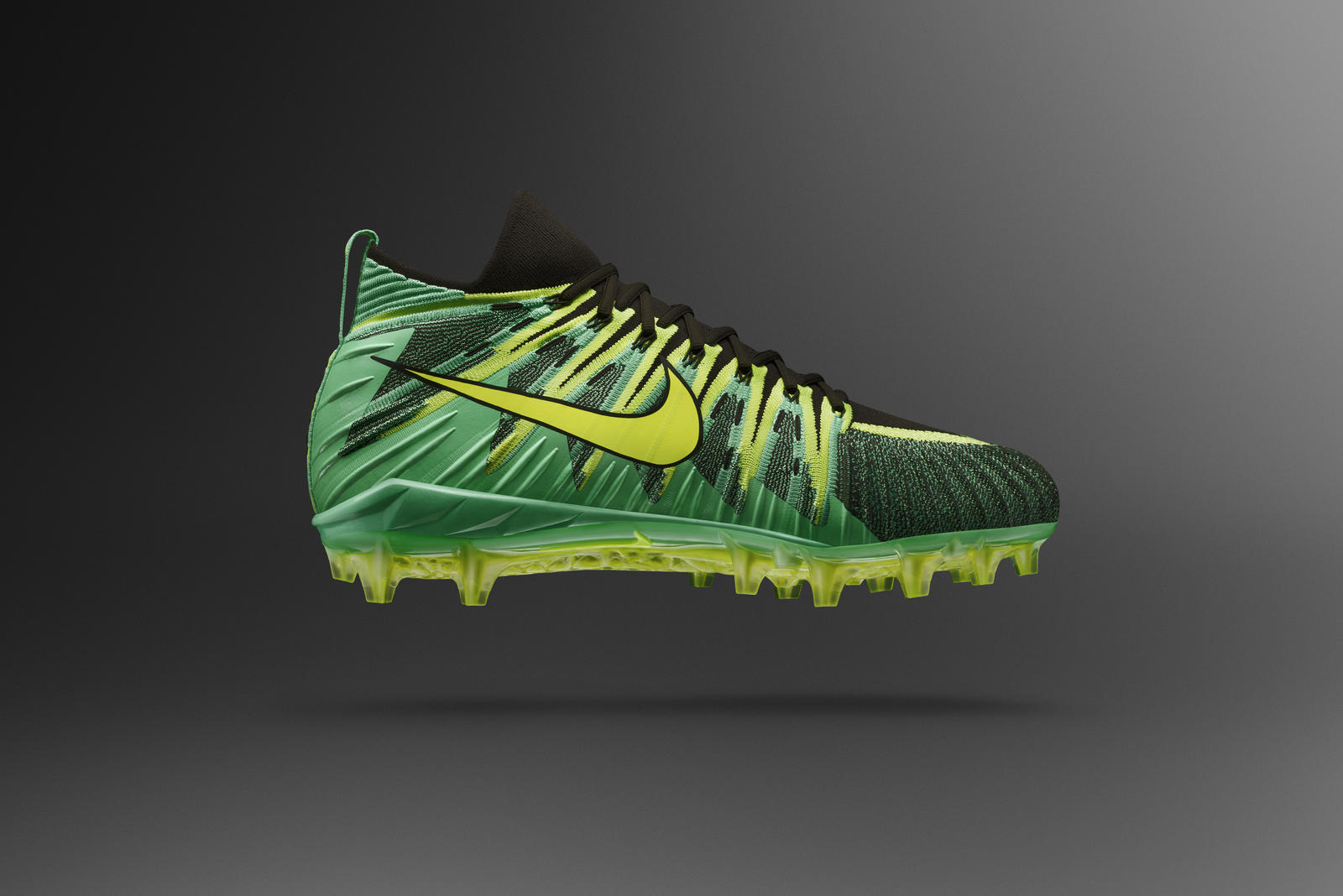 But Wilson, a Super Bowl Champion, is not your typical quarterback. “He moves like a linebacker,” explains Rasmussen. “The yards he picks up, the way he eludes players and leaves the pocket…he’s incredibly agile uses every bit of the bottom and the edges of his cleats.” So the Menace was built to accommodate exactly that. Fourteen studs line the outsole, eight of which are standard primary studs that appear on most cleats. Rasmussen’s team added a toe and heel stud and four secondary studs. This unique configuration provides multidirectional traction to be able to dodge opponents and stop on a dime. 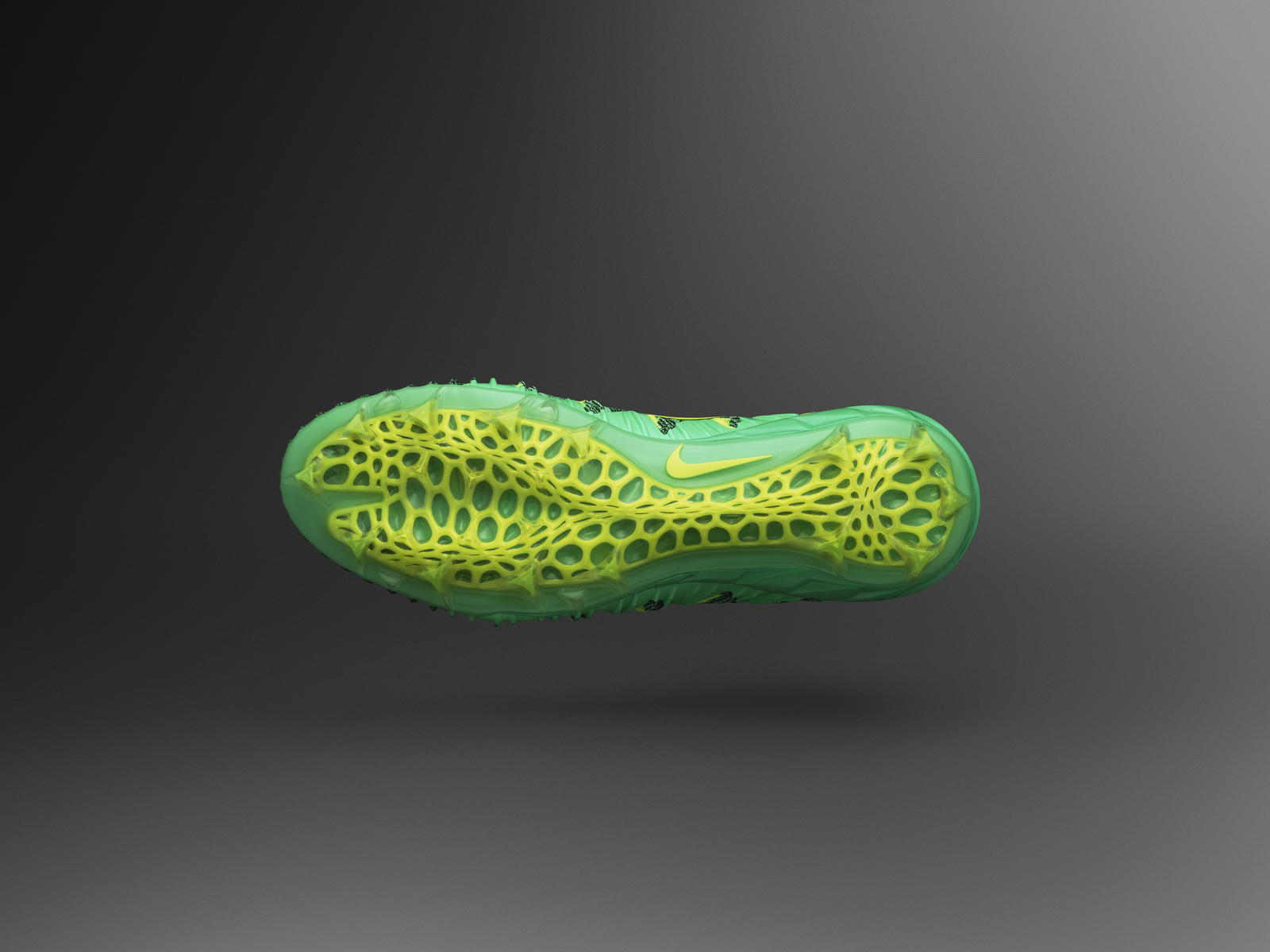 A combination of primary and secondary triangular studs line the outsole of the Alpha Menace Elite (shown) and the Russell Wilson PE.

The studs themselves are triangular with scooped edges — another innovation (most cleats feature conical studs). “We tested tri-shape studs through the shuttle drill at the combine and the players showed markedly improved times — so great that the combine banned it during official tracking,” says Rasmussen. The triangle edges grab and release the ground almost like a shovel. Each surface faces a different direction, helping the athlete to gain 360-degree traction for acceleration, breaking and quick changes in direction. 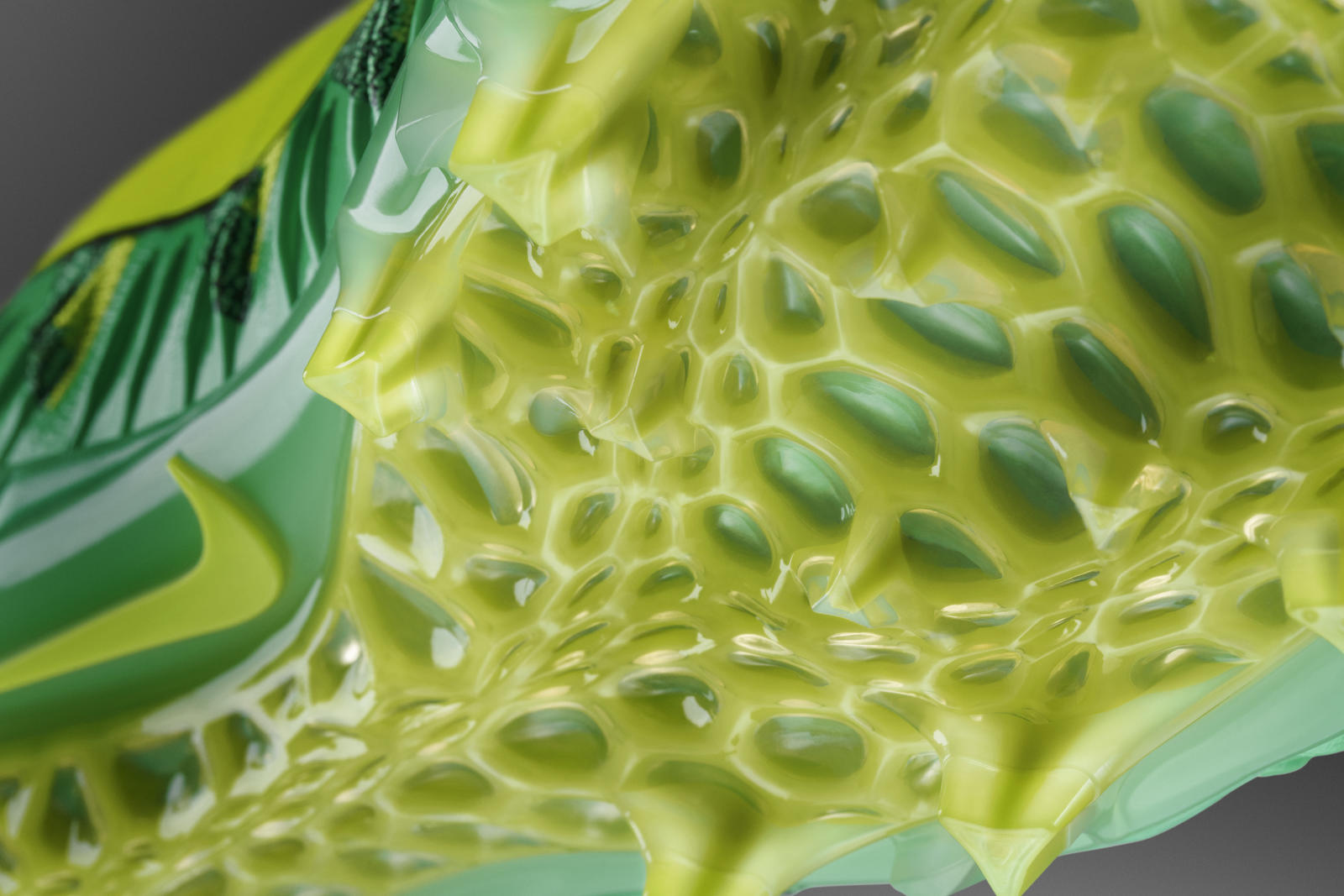 The triangle edges grab and release the ground almost like a shovel.

To develop its plate, Nike designers turned to data. “We used an algorithm that dictated what the lightest, strongest structure was, and we built the plate based on that information,” explains Rasmussen. (It was a simplar process to how designers created Nike’s fastest track spikes for the 2016 Rio games.) With that knowledge, designers moved away from previously (and commonly) used carbon fiber to a combination of three materials. “It allows the cleat to be rigid but also snappy and responsive,” says Rasmussen.

“We used an algorithm that dictated what the lightest, strongest structure was, and we built the plate based on that information.”

Because quarterbacks are on the field for the longest amount of time, they require a shoe that is both light and supportive. Rasmussen’s team built the forefoot of the Alpha Menace Elite as a speed shoe, but boosted the heel with extra cushioning.

The Alpha Menace Elite also has a simplified Flyknit upper with TPU yarns. “We used fewer materials than in our pervious Flyknit football cleat and integrated them into one layer versus stacking materials, which is typical in other cleats,” said Rasmussen. “The Flyknit is super flexible, while the TPU allowed us to heat and mold areas, which results in a super-powerful package that feels like a second skin but keeps the athlete over the platform.”

Just as much thought went into the aesthetics of the cleat. The Russell Wilson PE features a white upper with green trim and camo print. “I always told the design team that I want to be like a tiger, a cheetah, to feel like I was an animal on the field and that’s what this represents,” he says.

The spines are adorned with WILSON on the right and DANGERUSS (his tagline) on the left, while the tongue features the RW3 logo.

“This cleat means everything to me,” says Wilson. “When you’re a young kid you dream of certain accomplishments and things you want to do in the sports world, and this is everything that I dreamed of.”

“When you’re a young kid you dream of certain accomplishments and things you want to do in the sports world, and this is everything that I dreamed of.”