What can you expect to get from the Parimatch bonus code for India?

WORLD FIRST.  To pay homage to Gianluigi Buffon, the goalkeeper will wear the new home jersey during the game vs. Macedonia.

Paying tribute to 20 years of dedication and passion and in anticipation of a possible 6th World Cup appearance, PUMA FOOTBALL, and FIGC yesterday revealed the new 2018 Italy jersey on Gianluigi Buffon’s legendary shoulders as he unveiled a giant mural of himself by street artists Kamp Seedorf, on the streets of Torino.

At the game between Italy and Macedonia, in honor of the Italian hero, the squad will forgo the opportunity to wear the shirt, passing the jersey to their Captain who for the first time in his career will wear the famous ‘Azzurro’ during a game. The rest of the team will wear the jersey on-pitch for the game against Albania on the October whilst the shirt goes on sale. 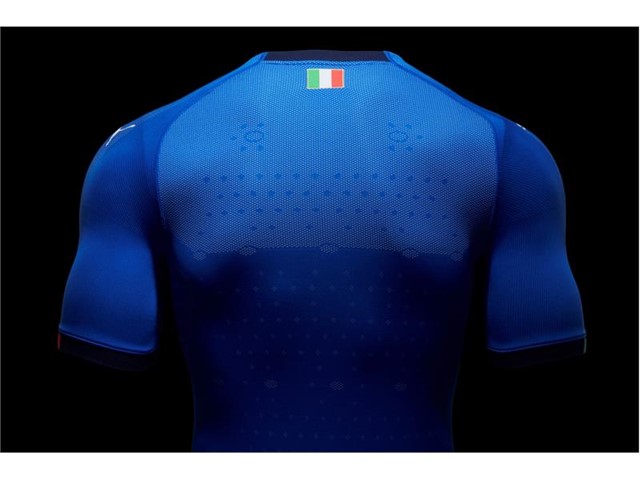 Carrara. 65’000 souls in beautiful Tuscany, also known as the city of marble. It’s here, at the foot of the Apuan Alps, next to the quarries, that Gianluigi Buffon was born, as if it was written that one day this legend would have his name set in stone.

Gianluigi was just like the rough marble that overlooked him growing up. He needed time to be polished and to become the fine footballing icon he is today. To climb to the roof of the world, Buffon had to wait eight long years. And whilst some people fall, he has hustled to stay on the top of the football planet. Building on his achievements year after year, World Cup after World Cup, stone after stone, to be entered into the goalkeeper’s pantheon, in which he will stay forever.

While he could become, in summer 2018, the first footballer to take part in six World Cups, the Italian will celebrate, the 20th anniversary of his first appearance with the ‘Squadra Azzurra’.

Over the last two decades, Buffon has been through everything. The sun of Marseille, the rain in Brazil, the Vuvuzelas, the tears of disillusion and the tears of joy. He has known injuries, faced elimination in the group stages and proved that he is the best goalkeeper on earth, lifting the 2006 World Cup during a ‘Ballon d’Or’ winning kind of year. Yes, he gets to wear a fourth star on a jersey he has worn 171 times. But Gianluigi’s heart is blue, the color of his nation. The dream that every young person harbors of wearing the ‘Maglia Azzurra’ has still alluded him so far…

Proud to have worked with such a living legend, PUMA has decided, alongside the FIGC, to honor this great man. Tomorrow against Macedonia, his teammates will wear the away jersey so that he gets to truly fulfill his desire to wear the blue on-pitch. A well-deserved tribute that has never been seen in football.

To celebrate this iconic marker, the 20th anniversary since his first appearance with the ‘Squadra Azzurra’, PUMA requested the talent of ‘Kamp Seedorf’, a group of artists specialized in graffiti and football culture, to set Buffon’s name in stone in their own unique way. In each country where Gigi has played/will play a World Cup, in the great cities of Paris, Tokyo, Berlin, Johannesburg, Sao Paulo and Moscow, huge murals representing Buffon wearing the blue have been revealed. Yesterday, Gigi unveiled the ultimate mural in Torino ahead of the decisive game on the road to becoming the only football legend to take part in six World Cups. The greatest goalkeeper ever.

The rest of the team will get the chance to wear the new shirt on pitch vs Albania. With its new FIGC badge the shirt is designed to invigorate memories of great Italian sides past with references to the ‘Il Tricolore’ on the sleeve cuffs and under the back of the collar. And using that unforgettable ‘Azzurro’ blue that rekindles memories of the first time you pulled on the shirt and watched your home heroes on TV, the first time you felt real joy, your First Passion.

In addition, the shirt is engineered using PUMA’s highly developed evoKNIT Thermoregulation technology an enhanced moisture management and adaptive cooling system that helps create the perfect on-pitch body temperature. Combined with its seamless construction, the jersey offers the ultimate in fit and mobility for optimum performance.

Getting into the details you will notice engineered cooling fins in key zones on the shirt that act as channels regulating your bodies temperature, whilst dryCELL technology provides moisture management across the fabric with high performance yarns that wick sweat away from the body. All this is packaged into the seamless evoKNIT construction of the shirt that provides a lightweight ‘second skin’ feel so the fabric moves with your body and not against it, allowing for better freedom of movement on the pitch.