The Best Brands of Xenon Lights 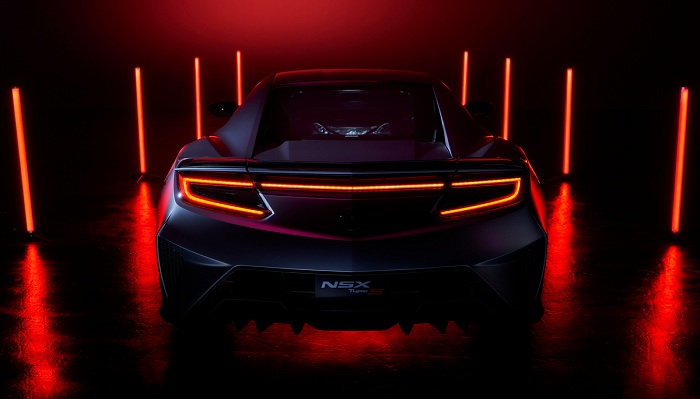 Every 2022 Acura NSX produced at the Performance Manufacturing Center in Ohio will be a limited-edition Type S model powered by an enhanced version of the supercar’s twin-turbo V6 and Sport Hybrid SH-AWD® system. In celebration of the final year of NSX production, just 350 of these exclusive supercars will be available worldwide, with only 300 offered in the United States, marking the first time an NSX Type S has been sold outside of Japan. The limited run supercar will be available for customer orders beginning August 12 at www.Acura.com/Type-S.

While the NSX is celebrating its final year of production, Acura will continue to pursue sports cars in the electrified era. “Acura is a performance brand, a company of enthusiasts, and we will continue moving forward, actively investigating what the next generation of sports cars should be in an electrified era.” said Jon Ikeda, Vice President and Acura Brand Officer.

Like its predecessor, the second-generation NSX pushed the boundaries of engineering and recalibrated the expectations of sports car dynamics. The NSX was the first supercar to utilize three electric motors to enhance all aspects of the driving experience. NSX introduced multiple industry firsts including the use ablation casting in the supercar’s multi-material space frame, as well as the world’s first and only production 9-speed Dual Clutch Transmission (DCT) for a passenger automobile.

Following its launch in 2016, the NSX was named the Road & Track “Performance Car of the Year” and an Automobile Magazine “All Star” winner. Reaffirming its lead in the market, NSX was voted the “Best Hybrid Performance Car” by Motor Trend in 2020.

The second-generation NSX has also dominated on the racetrack, with the NSX GT3 Evo winning the 2019 and 2020 IMSA WeatherTech SportsCar Championship titles in the GTD class, and the 2019 Super GT driver’s and manufacturer’s championships in the GT300 class in Japan. NSX also currently holds the Hybrid record in the Time Attack 1 division of the Broadmoor Pikes Peak International Hill Climb, set in 2020 by James Robinson, and the production vehicle record at the Grand Prix of Long Beach street circuit, set in 2019 by Peter Cunningham.

“NSX has played a critical role in reestablishing Acura as a performance brand and the return of Type S,” said Emile Korkor, Assistant Vice President, Acura National Sales. “We’ve seen tremendous enthusiasm in the market and we aren’t done yet; there’s more to come as Type S becomes the pinnacle expression of performance across the Acura lineup.”

With total production capped at 350 units, the one year run of NSX Type S is destined to join the ranks of unique and collectable first-generation NSX models, such as the 1999 NSX Zanardi Edition (51 produced) and Japanese Domestic Market variants like the NSX-R (483 produced between 1992 and 1995), NSX Type S (209 built between 1997 and 2001) and NSX Type S-Zero (30 total between 1997 and 2001). To date, second-generation NSX sales total more than fifteen hundred units in the U.S and over twenty five hundred globally.

NSX Type S is the third Type S variant Acura has debuted this year, joining the new TLX Type S sport sedan and the upcoming MDX Type S three-row SUV, as the brand pushes the performance of its products to new heights.

More infomation on the limited production 2022 NSX Type S, including full photography, specs and pricing, will be available at Acura.com/NSX beginning August 12.

Acura is a leading automotive nameplate that delivers Precision Crafted Performance – a commitment to expressive styling, high-performance and innovative engineering, all built on a foundation of quality and reliability. The Acura lineup features five distinctive models – the ILX and TLX sport sedans, the RDX and MDX sport-utility vehicles, high-performance Type S variants and the electrified NSX supercar. All 2021 model year and newer Acura vehicles sold in America are made in the U.S., using domestic and globally sourced parts.

The Best Brands of Electric Scooter in India