“Alexa, Start My Car”: Do More with Nissan and Amazon Alexa

What are the current challenges facing the automotive industry? 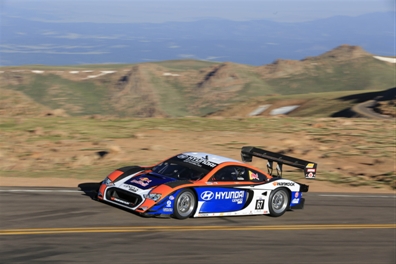 “Years of experience spent on Pikes’ challenging 156 turns paid off in a big way for the RMR team this year,” said Millen. “By building an all-new Hyundai Genesis PM580-T tarmac-focused race car  the team made precise adjustments, building upon last years’ world record. We focused on leveraging monster down force  creating incredible traction for our rear-drive strategy on the all-tarmac road surface. Behind the wheel, considerable experience at Pikes Peak over the years allowed me to shave a few tenths from every challenging apex.”

This year, special focus was given to maximizing the rear-drive grip potential for the new all-tarmac course and its considerably higher average speeds. A more aggressive aero strategy was implemented, targeting even more downforce to accommodate the additional grip requirements of a pure rear-drive setup. The entire car was scrutinized for weight reduction potential, with a racing weight of only 2150 lbs., while suspension settings were further optimized for Millen’s unique driving techniques.

Rhys Millen Racing has been the team to contend with in recent years at Pikes Peak. In 2012, Millen set the fastest-ever, all-time world record of 9:46.164 in the Hyundai RMR Genesis Coupe. Before that, in 2011, Rhys nearly broke the famed 10-minute barrier in his dedicated PM580 tube-frame hillclimb racer. The same year, in a classic father/son family effort, Rhys’ father, Rod Millen, set the current record in the same Genesis Coupe, having recently celebrated his 60th birthday, even beating a Porsche 911 GT2 RS. In 2009, Rhys had set the world record for Time Attack 2WD in the Genesis Coupe, the beginning of a world-record-setting dynasty for the RMR team.

World Champion driver Rhys “Mad Skills” Millen pilots the RMR Hyundai Genesis Coupe in the Formula DRIFT Championship and the RMR Hyundai Veloster rally car in the U.S. Rallycross Championship Series, including Summer X-Games. Millen’s team has been a great match for Hyundai motorsports. Millen’s driving credentials include movie stunts, multiple drifting championships, two Pikes Peak world records and his 2008 New Year’s Eve Las Vegas truck flip at Red Bull: New Year. No Limits. Behind Millen’s success in the driver’s seat is a full team of engineers and fabricators who know how to maximize the potential of a race car.

With more than 17 years of racing experience, Rhys Millen has established himself as one of the premier rally/drifting drivers in North America. Rhys is the son of famed rally and off-road racer Rod Millen. Rhys won the Formula Drift championship in 2005 and the Red Bull Drifting World Championship in 2008. In 2009 at the PPIHC, Millen won the Time Attack 2WD class in his carbon-bodied Hyundai Genesis Coupe. His time of 12:09.397 crushed the class record. 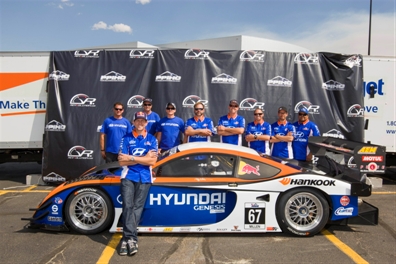