RoboForex Rewarded for the Best Investment Products in 2021 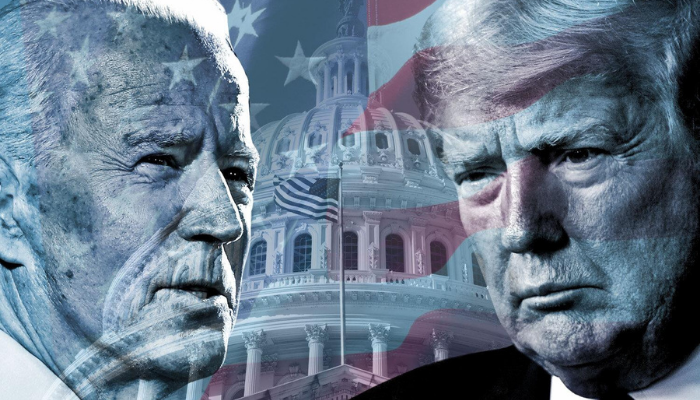 The United States’ domination as a world leader and superpower since 1898 and the relative strength of the United States Dollar has understandably influenced equities, futures, and forex markets. Accordingly, the nation’s economic health assists in strengthening the status of the USD. From a financial standpoint, the upcoming United States presidential elections present uncertainty not only to the country’s direction but also on the general economy and markets. Generally, traders and investors shun instability, so understanding the impact these elections may have is advisable.

Dating back to 1972, the stock market was closed on election day as the day was declared a national holiday. This changed after 1984, as it was deemed that the stock market provided a necessary service to the public. So, in the current electronic marketplace, all trading is open on Election Day.

While voting occurs during active trading hours, results are tallied only in the evening. This delay quashes any influence upon the market during peak trading hours. Additionally, as exit polling data has become readily available to the general public, the threat of insider trading based upon confidential data is not as significant as it used to be in the past.

In 2004, market historian Yale Hirsch coined the “presidential election cycle theory,” which attempted to equate the results of the U.S. presidential elections to the appraisal of equities by distributing their performance over the course of a four-year presidential term. Generally, equities tended to show a weak standing in the first year after a president was initially elected, with gradual increases in the subsequent years and the most robust returns occurring in the final two years of their term. This appreciation in the final years of a president’s term most likely follows in the wake of successful policy changes attributed to the new administration along with shrinking uncertainty facing the market.

Contrarily, this theory can be unpredictable and oversimplified at times. So, it must be regarded as one aspect of the overall picture regarding the strength of equities and the United States dollar. Customarily, investors and traders employ this theory as a timing device to enter or exit the market.

The prosperity of the U.S. economy and the clout of the United States dollar is a prominent theme debated along the presidential campaign trail during an election year. Propositions like job creation, debt mitigation, tax incentives, and welfare all bolster the ideal of a strong national economy, which in turn influences a resolute global economy. Both Republicans and Democrats agree that a strong dollar is in the country’s best interest; however, each party has its own means of achieving this goal.

Opposingly, the Democratic Party centers on public sector job creation and increased government spending. Their support leans towards legislation in favor of low and middle-income families, with an emphasis on universal health care, education, and extensive public works projects. This stance relies on the belief that reducing income inequality will foster economic growth. At times, the potential election of Democratic leadership causes a bearish trend due to their principles of socialism and higher corporate tax rates.

Finally, a major factor contributing to the outcome of this year’s election centers around the COVID-19 pandemic. Fears regarding the pandemic, along with social distancing protocols, may greatly impact voting in person. Instead, absentee voting seems to have become the norm. So far, approximately 80 million mail ballot requests have been submitted, which raises concern if they will be received and counted in time, considering that U.S. postal companies have experienced staff reductions. Any delay in the presidential announcement will create larger anxiety and higher volatility within the markets, at least until the final summation is determined.

Overall, as mentioned earlier, equities might wane in the short term following the election yet improve in the years following. This flux and any delay in the elections due to the pandemic will most likely cause unpredictable behavior amongst forex traders and investors. Ultimately, it is maintained that the U.S. dollar’s and economy’s long-term value is contingent upon multiple factors not associated with the election or in response to a candidate’s immediate response to current issues. Therefore, the election and subsequent results may simply render a few obstacles in the road rather than instigate a sweeping economic change.

Related Topics:2020 US ElectionForexUnited States
Up Next

How to Maximise Tax Benefits During COVID Pandemic?