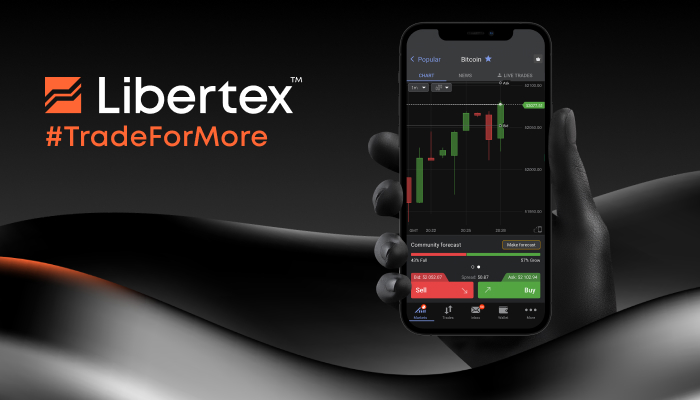 It wasn’t too long ago that crypto was such a niche asset class that nobody other than computer whizzes and insiders had even heard of it. However, all that changed in 2017 when these little-known instruments began to dominate headlines following unprecedented gains in the space of just a few months. Indeed, by the end of that same year, Bitcoin had risen 2000% to reach a day high of $19,650. Nevertheless, it still took another three years before digital currencies became a regular fixture in most institutional portfolios.

In this article, we’ll track cryptocurrencies’ journey from obscurity to the limelight as we explore how they made their way through early adopters, young retail investors, and finally, into the holdings of pension funds, changing the lives of many along their way.

Immediately following Satoshi’s launch of the original cryptocurrency in 2009, prices hovered around zero for nearly two years. It wasn’t until 2011 that BTC eventually reached parity with the US dollar. What followed was not unlike what we saw in the big boom and bust of 2017. Prices on Mt. Gox rose from $1.00 to $30.00 in the space of a few months before crashing back down to $5.00 by the end of 2011. Despite the percentage gains being equally as impressive as those seen in recent bull markets, this whole episode went more or less unreported in the media. Why? Well, back then, Bitcoin’s market cap could be counted in the tens of millions of dollars, and adoption was virtually non-existent. Beyond early crypto aficionados and dark web criminals, barely anybody actually owned BTC or even knew what it was. In fact, in 2010, BitcoinTalk user SmokeTooMuch tried to auction off 10,000 BTC (currently worth $350 million) for just $50…but couldn’t find a buyer.

Ten years ago, the only big-name company accepting Bitcoin was WordPress (added in 2012). And unless you wanted to buy something from a handful of independent BitPay merchants, using BTC legitimately was quite difficult. But all of this changed in early 2013 when the Internet Archive started accepting Bitcoin donations and even offering to pay part of its employees’ salaries in the digital currency.

A short time later, OkCupid and Foodler began allowing users to pay for services in BTC. This was followed by the opening of the world’s first Bitcoin ATM in Vancouver. The University of Nicosia in Cyprus even started letting students pay their tuition fees in the cryptocurrency! All of this then paved the way for many more companies to add Bitcoin to their payment methods in the years that followed, but that was not all. It also served as a watershed moment that saw the first wave of ordinary retail investors pile into the market at an average price of around $500.

Bitcoin started 2013 at around $13.00, but by December, it was worth over $1000. Despite short-term fluctuations and corrections, it’s safe to say that any hodlers that got in back then have made life-changing returns in the space of less than a decade. Nonetheless, it wasn’t until 2017 that BTC really made it onto the mainstream media radar. Sure enough, the gains were indeed spectacular: Bitcoin went from a price of around $900 in January to a 15 December high of $19,650, doubling its 1000% rally from four years prior. The key difference this time around was that, even after the typical post-bubble >80% correction, Bitcoin never revisited its pre-2017 lows. The extensive coverage of this year-long bull run saw large numbers of new retail investors enter the space. While many of these did make significant paper losses in 2018, those who held on would be more than happy with their gains today. Furthermore, the buzz around Bitcoin also helped nascent projects like Ethereum (2015) and Cardano (2017) attract new users and capital as a so-called ‘altcoin’ market began to take shape.

A world of possibilities

Perhaps the most interesting facet of this most recent crypto boom was that it was largely driven by the long-awaited arrival of institutions and legacy investors. Indeed, a staggering $9.3 billion of institutional capital flowed into digital asset classes in 2021, marking a near 36% jump against $6.8 billion in 2020 and virtually nothing in 2017. Meanwhile, Bitcoin has been made legal tender in economically challenged El Salvador, while the original cryptocurrency has taken on new roles as a store of value in inflation-stricken Turkey and a secure means of free, cross-border exchange in war-torn countries across the world.

But one of the most exciting ongoing industry developments since 2020 has to be the emergence of the DeFi and NFT segments, which have respective CAGRs of 47% and 35%. What’s more, this market is virtually all altcoin. Bitcoin is barely present; instead, it’s Ethereum, Cardano, Solana, Terra Luna and other smart contract-enabled coins and tokens that rule the space. It could well be that these are the kinds of projects that see the most growth going forward, and many future-minded investors are already stockpiling these like the pioneer Bitcoin hodlers of the early 2010s.

Libertex is a wise option for exploring crypto CFDs

For many traditional traders wishing to add crypto to their portfolios, the biggest barriers are security and ease of access. Luckily for them, experienced CFD broker Libertex has fully incorporated CFDs on digital assets into its standard instrument offering. Libertex now offers over 50 CFDs on coins and tokens to its user-friendly app.

Best of all, Libertex has recently made its zero-commission crypto offer a permanent fixture, which means that Libertex clients no longer pay any fees or charges on cryptocurrency CFD purchases, sales or exchanges. All they have to pay is the spread (the mid-point between the Bid and Ask prices for a given asset). For long-term hodlers, this can translate to massive savings and have a significant impact on the size of any returns potentially earned. As for convenience, it’s probably unbeatable. Libertex clients’ crypto CFD transactions are stored alongside their other trades and investments in the Libertex trading platform and are thus accessible at any time, day or night.

For more information or to create an account of your own, visit https://libertex.com/

Risk Warning: CFDs are complex instruments and come with a high risk of losing money rapidly due to leverage. 70.8% of retail investor accounts lose money when trading CFDs with this provider. You should consider whether you understand how CFDs work and whether you can afford to take the high risk of losing your money. Cryptocurrency instruments are not available to retail clients in the UK.

Available for retail clients on the Libertex Trading Platform.