PHILADELPHIA, Aug. 8, 2013 /PRNewswire-USNewswire/ — E-cigarette users can breathe a little easier today. A study just released by Professor Igor Burstyn, Drexel University School of Public Health, confirms that chemicals in electronic cigarettes (e-cigarettes) pose no health concern for users or bystanders. This is the first definitive study of e-cigarette chemistry, and finds that there are no health concerns based on generally accepted exposure limits.

E-cigarettes are devices that heat a nicotine solution to create an aerosol (called “vapor”) that the user inhales, similar to smoking a cigarette. They are used as a low-risk substitute for smoking by millions of former smokers, and their increasing popularity seems to account for the current downward trend in smoking in the U.S. and some other countries. While experts agree that the risks posed by e-cigarettes are significantly less than those posed by smoking, there had been some debate about how much lower the risk was.

By reviewing over 9,000 observations about the chemistry of the vapor and the liquid in e-cigarettes, Dr. Burstyn was able to determine that the levels of contaminants e-cigarette users are exposed to are insignificant, far below levels that would pose any health risk. Additionally, there is no health risk to bystanders. Proposals to ban e-cigarettes in places where smoking is banned have been based on concern there is a potential risk to bystanders, but the study shows there is no concern.

This was the first study funded by the by The Consumer Advocates for Smoke-free Alternatives (CASAA) Research Fund. CASAA, the leading consumer advocacy group promoting the availability and use of low-risk alternatives to smoking, is an all-volunteer, donation-funded organization. CASAA President Elaine Keller said of the study, “Over the years, there have been a lot of small studies of e-cigarette liquid and vapor, but those studies were either ignored or misinterpreted. Those that showed even the slightest contamination were used for propaganda by those who object to e-cigarettes because they look like smoking. We realized that an expert review was needed to give an unbiased explanation of the available scientific evidence for our membership and policy makers. We reached out to our membership and they enthusiastically donated to make it possible.”

CASAA Scientific Director, Carl V. Phillips, summarized the importance of the study, saying “It has always been clear that e-cigarettes were much lower risk than smoking, but there was uncertainty about whether continuing to inhale a mix of chemicals posed a measurable risk. Even those of us who have long encouraged smokers to switch are a bit surprised that even the worst-case-scenario risks are so low. This study assures us that e-cigarettes are as low risk as other smoke-free tobacco and nicotine products, like smokeless tobacco and NRT.  All of these products are about 99% less harmful than smoking, and so smokers who switch to them gain basically the same health benefits as if they quit tobacco and nicotine entirely.”

Dr. Phillips added that “there has been a call for ‘regulatory science’ by the FDA.  This is exactly the type of science that is needed to make good regulation and informed individual decisions: it summarizes all of the available knowledge and puts the numbers in a useful perspective.”

The study did caution that e-cigarette users are inhaling substantial quantities of the main chemicals in e-cigarette liquid (propylene glycol and glycerin).  While these chemicals are not considered dangerous and the levels are far below occupational exposure limits, Dr. Burstyn did suggest ongoing monitoring to confirm that there is no risk.  The chemical contaminants are of even less concern.  While there have been many claims that formaldehyde, acrolein, nitrosamines, metals, and ethylene glycol found in e-cigarette vapor poses a health hazard, the study concluded that all of these have been found only at trivial levels that pose no health concern.

The study did not address the effects of nicotine because e-cigarette users are consuming it intentionally.  Nicotine, when it does not involve smoking, is very low risk and has not been clearly shown to cause any disease. However, like caffeine and other common indulgences, it may cause some tiny risk of heart attack and stroke, and so e-cigarettes, along with other tobacco and nicotine products, are probably not risk-free.  If there is any risk from nicotine, however, it is so low that it is similar to everyday hazards like drinking coffee or eating dessert, and is far less than the risk from smoking. 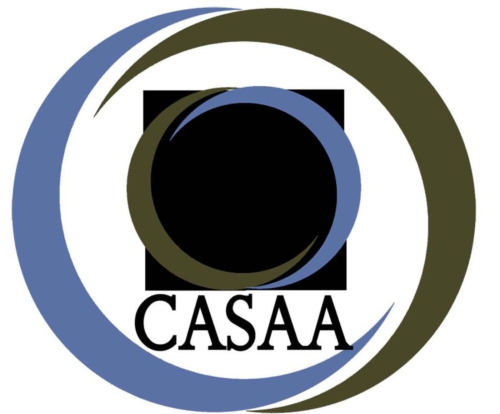