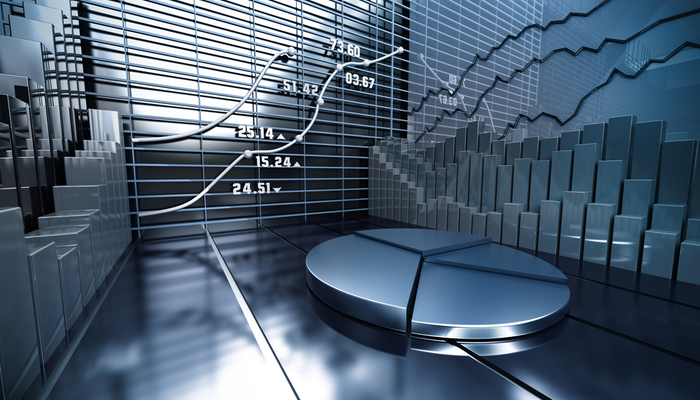 Global capital markets had hard times in 2020 but it was no surprise: everything was following an unusual and odd scenario. A quite neutral start of the year was replaced by complications in Australia, then Asia, which turned out to be a place of origin of a new coronavirus type, which spread around the globe in no time. The planet had to learn something new, quickly respond to it, and waste no time on making decisions. Capital markets were overwhelmed by high volatility – lots of ups and downs replacing each other, and everything looked so strange and unusual when assets were moving sideways. Everyone was in a permanent expectation of explosions in news headlines and mentally braced for the worst. Markets responded instantly.

By the end of the year, one can say that these 12 months ended extremely well, at least for the American market. The DJIA index found itself updating its all-time highs at 30,589.82 points. Over the year, the indicator added 6%, which is not too much though. However, if one remembers what was happening in global markets throughout the year, 6% is also an excellent result.

Last year’s key highlight is the COVID-19 pandemic, of course. It hit very hard and hit everything and everyone without any exceptions: capital markets, global economies, business strategies, the population, and plans for the future. A lot of closed borders everywhere around the world – nothing like this has ever happened before. People were staying at home and couldn’t be sure if they would have jobs the next day because businesses and enterprises were dying every day, one by one. The tourism sector was the first one to have been “buried” and it will surely not recover very soon. Transport companies lost huge amounts of money and were ready to declare bankruptcy, in wholesale numbers. Global governments and regulators started responding pretty quickly as they pumped the economic system with money: it was the only quick and effective way.

Stimulus programs introduced by the US Federal Reserve and the European Central Bank will be effective for at least about a year. $900 billion from the US budget for 2021 will be spent on supporting the country’s economy, the real sector and the social sphere in particular. This money is believed to fill the economy quickly and give it momentum. Most likely, more money might be needed but Congress will solve this problem. The ECB can offer a 0% interest rate and the effective QE program, which create very “soft” conditions for the economy. And they do work. But then again, additional stimulus packages may be required and the regulator should be ready for this.

The USA got a new president, who is scheduled to take the position in January. The “Era of Trump” is officially over and it was pretty memorable, so now the country is entering the “Era of Biden”, which, in theory, should be the polar opposite but we’ll talk about it later. The oil plummeted below 0 and then rose, as if the pandemic was long over. Gold lost its “safe haven” asset properties, while the cryptocurrency market was granted a second chance and successfully jumped at it – at the end of 2020, BTC was breaking its all-time highs.

So, what’s next? A lot of people are wondering whether China will lead the global economic recovery. There are a lot of forecasts about the Chinese GDP in 2021 and some of them imply approximately 8%. If so, China may bring everybody else along, no matter if they want it or not. However, average expectations for the Chinese GDP growth in 2021 are about 6.0-6.2% and these readings are more realistic.

By the way, in 2021 China is starting a new five-year plan. Knowing Beijing’s ambitions, it is reasonable to expect very impressive results by the end of the year.

The US GDP is expected to add 3.8-4.0% this year, while inflation may remain a problem and is not likely to be more than 1.7%. The Federal Reserve is not going to change the interest rate, which will remain at 0.0-0.25%.

So, now let’s talk about the time of Biden. The American policy, which also means the economy, is going to change its attitude towards China. Beijing may transform from a technological and financial adversary into a close friend, thus turning the whole situation upside-down. However, financial markets will surely not miss the risks of new trade wars.

The Euro Area economy will feel fine: the start of the vaccination against COVID-19 in Europe encouraged everyone but it doesn’t mean that the pandemic will be over quickly – production of immunity will require time, 6 months at least. It’s important to be realistic here. The European GDP will rise because the Area’s economy is supported in a big way. Average GDP growth expectations are about 4% in 2021. Of course, it won’t cover the 2020 decline but let’s be patient. The bottom line is that the European economy probably suffered the most in 2020 because apart from the pandemic it had to deal with the Brexit complications. It takes time to gain strengths and gather momentum. The regulator’s interest rate will highly likely remain at zero.

Capital markets may start 2021 with a correction and that’s okay because the leading indices are too high right now. Further developments will directly depend on the pandemic response and the vaccination procedure.

The DJIA index may reach 32,000 points during the year and that will be very good. The transport sector is a bit underestimated but it’s time to recover and flourish hasn’t come yet. The S&P 500 index might as well test 4,000 points in 2021.

Now, it’s the time of the weak USD and it will continue as long as the Federal Reserve is pumping its economy with money. The “greenback” may start recovering in the second half of 2021, thus signaling that the economy reached stability. A probable range for EURUSD is between 1.15 and 1.25.

It was a totally unusual year that provided the world and global capital markets with a lot of new experiences. Perhaps, not the world needs time to acknowledge this experience and live through it. And 2021 may actually offer us such an opportunity.

Monetary Policy and COVID Set to Steal Focus in 2021