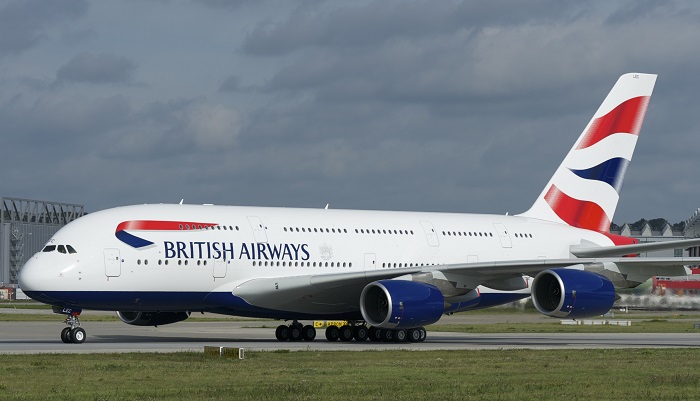 British Airways is today launching a brand new podcast designed to give colleagues and customers greater insight into how the airline ticks.

Each episode will see hosts joined by special guests who also work at British Airways, to delve into some of the exciting activities going on at the airline. Episode one features Carrie Harris, British Airways’ Head of Sustainability who chats about how the airline is putting sustainability at the heart of its operations, as well as answering hosts questions, from “What is Sustainable Aviation Fuel?”, to “How is the airline reducing its reliance on single-use plastic?”

The podcast is a first for British Airways and will be hosted by four of its colleagues, who work in different areas of the business.

Julian Marshall, a British Airways 777 training captain; Paul Ewen, a customer service manager (CSM) based at London Gatwick airport; Molly Armstrong, a team leader based in the Manchester customer engagement centre; and Caroline Ali, a customer experience representative based at London Heathrow airport will spend each episode finding out more about little-known areas of the airline.

Julian used to fly for the Royal Air Force before joining British Airways almost 25 years ago, where he currently works as a training captain on the Boeing 777. He loves flying and enjoys cycling, running, and hiking in different locations across the globe. He’s really looking forward to sharing hosting duties, commenting: “The podcast is a great, modern initiative which is new to BA and will give us a chance to bring different views and information from all parts of the airline to our colleagues and the wider public in a fun and easily digestible way.”

Paul is based at London Gatwick airport and leads the crew and service on flights. Previously a Pontins Bluecoat, he loves performing magic and is excited to be involved with the podcast, saying: “I can’t wait to be a part of the new podcast series – it will be a great source of information as we talk about our products, trends, the future and we’ll be able to build a personal connection with our colleagues.”

Caroline, who is based at London Heathrow airport, is responsible for looking after British Airways customers from the moment they arrive at the airport to when they step onboard.  In her spare time, she plays an active role in her church by helping with Sunday school and readings, as well as keeping fit through her love of dancing and the gym. Commenting on ‘The Check In’, she said: “The thing I’m looking forward to with the podcast is being able to reconnect our colleagues and customers with BA. It’s an informative way of updating us all with changes that are occurring post-COVID. Like an audiobook, but better!”

Molly, who is currently based at the airline’s Manchester customer engagement centre, previously worked as Cabin Crew for British Airways. Like most colleagues, she’s a keen traveller and the next destination she’s planning to visit is Denver in the USA, where she plans to go hiking with her best friend. Molly said: “I’m looking forward to hearing what everyone thinks about our podcast. It’s something very new we’re doing, and we’ve got some really good themes coming up – I can’t wait for everyone to give it a listen!”

The launch of ‘The Check In’ comes after British Airways’ Chairman and CEO Sean Doyle’s recent message to colleagues and customers, promising to give colleagues more of an insight about what’s happening at the airline, making it a place people love to work, and customers love to fly.

Michelle Lydon, British Airways’ new Chief People Officer said: “At British Airways we know our colleagues are our best asset, and that’s why we’re thrilled to launch a new podcast hosted by four fantastic people from all corners of our airline. We’re looking forward to taking listeners behind the scenes to find out more about BA.”

Episode one is now available to download from Apple Podcasts or at acast.com, with new episodes released on a regular basis.