Brexit & Stocks: Has it made a difference? 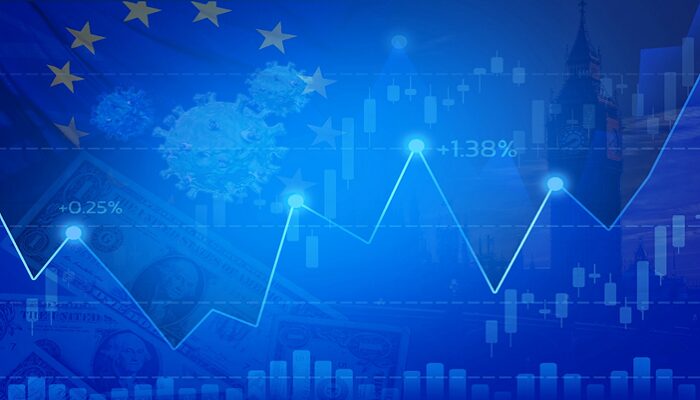 Since the UK has been so caught up in the Pandemic, it’s been easy to forget that Brexit even happened, especially since the vote took place all the way back in 2016. The vote itself triggered two general elections and has the instatement of a third Prime Minister, so it’s safe to say that the journey towards leaving the European Union has been a turbulent one. The outlook for the stock market has been bleak, with the UK experiencing its worst recession in over 300 years in 2020. However, with the economy’s phased resumption due to the successful COVID-19 vaccine rollout and with a Brexit trade deal now in place, how is the market faring?

In this article we will uncover the effects that Brexit has had on the stock market, if any, and how it may have affected investors and stock alike.

Boris Johnson’s deal to leave the EU was agreed on the 24th of December 2020 and it had an instant effect upon the UK’s economic landscape. The FTSE 100 experienced an increase in stock trading online and the British Pound also rose in value for a short period following the agreement.

Brexit has been the cause of great uncertainty, especially politically and since the stock market is naturally volatile, it is greatly affected by macroeconomic factors. This political precariousness has seen UK shares be undervalued in comparison to the US, the rest of Europe and Japan. The pandemic has also seen investors stray from the UK market towards the US. This is because there has been a significant rise in interest in the technology sector increase in e-commerce traffic and digitalisation, since many have had to work remotely. The FTSE 100 has therefore struggled to compete in this sector because the US market includes the tech giants that are Apple and Facebook.

The initial aftermath of the Brexit agreement

The passing of Brexit has provided the UK with more economic and political certainty than it has experienced in years. This has given investors more confidence to assess their position on UK stocks, since the passing of the deal has made it easier to form predictions. The prime minister’s trade deal means that the UK will not have to pay tariffs when trading goods with the EU, which will make for simpler formations of relationships between trading partners.

Because of the long-winded period of uncertainty prior to the securement of an agreement in December, many investors had formulated plans to approach either a Brexit deal or no deal. For many, this meant investing in stock that was least likely to be impacted by the UK’s exit from the EU. Careful planning and analysis of stock value by using a trading platform like plus500.co.uk, for example can reduce the risk of making significant losses, as you can speculate on the price movement of the stock, without owning the underlying asset itself.

Stocks that have benefitted from Brexit

In the first week of 2021’s trading the outlook for the FTSE 1000 was improved by energy shares, banks and miners which supported it. There has been a heavy focus upon investment into UK Exchange Traded Funds (ETFs) since the passing of the Brexit trade deal.

Shares that had experience exposure in the domestic economy had also benefitted, with the iShares FTSE 250 ETF experiencing record highs in December 2020, receiving around 44 million pounds by mid-January according to analysts.

Overall, it would appear that the Brexit deal has had an impact on the Stock market, but it has not made a significant difference. This is largely because the market is more heavily impacted by the effect of the pandemic, since this has dominated the global economic landscape and therefore has been at the forefront of investor’s minds.

With a successful vaccine rollout scheme in place and the UK economy set to fully resume by June, with the proposed ending of lockdown, the FTSE 100 looks to be one of Europe’s most promising prospects for recovery in 2021 and beyond.