How to Install a Tire on a Rim By Hand

How to Save Money on Shipping?

TRAVEL DESTINATIONS - TOP 10 IN THE WORLD

Emirates to Resume Flights to Accra and Abidjan from 6 September, Expanding the Airline’s Network to 81 Destinations 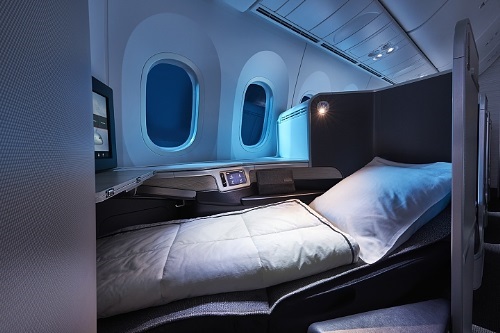 “We are delighted to inaugurate our second route between Canada and India right in time for Diwali celebrations. Our non-stop flights from our Asia-Pacific Vancouver hub feature 787-9 Dreamliner service and offer the shortest elapsed flying time from Vancouver, Calgary, Edmonton, Seattle, Portland and Los Angeles to the Indian subcontinent,” said Benjamin Smith, President, Passenger Airlines at Air Canada. “Our non-stop flight, coupled with our streamlined and seamless connections process at YVR translates to a savings of 3-5 hours compared to itineraries with connections in Europe or Asia.

“We’re also excited to offer all our customers contemporary, inspired Indian dishes by celebrated Vancouver Chef Vikram Vij in all cabins of service on our Vancouver–Delhi and Toronto–Delhi flights, which complements the signature creations by internationally renowned Canadian Chef David Hawksworth in our International Business Class. Our state-of-the-art aircraft, multi-lingual crews, onboard offerings, in-flight entertainment which includes Bollywood hits and acclaimed multi-lingual art-house films, together with our extensive western Canada domestic and western US transborder network and the seamless connection experience through YVR all position Air Canada and YVR to be the preferred gateway hub for Pacific Northwest travel to and from India

“Thanks to Air Canada’s commitment to growth out of its preferred transpacific hub, YVR has a direct link to one of the most iconic cultural centres and economic hubs in India,” said Craig Richmond, President & CEO, Vancouver Airport Authority. “This service has long been requested by our community. The much coveted route opens up access to key markets in business and travel and creates more jobs and opportunities for our communities.”

“The BC India Business Network is absolutely thrilled that Air Canada has a direct flight between Vancouver and Delhi,” stated Douglas Nazareth, Director, Finance at the BC-India Business Network.  “Our members appreciate the fact that they not only save a minimum of 8 hours off their journey but also arrive fresh on the other end thanks to the technology of the new Dreamliner 787 aircraft. Our President is on the inaugural flight and many of us will patronize this route.”

Air Canada has optimized connections to and from the carrier’s extensive Western Canadaand Western U.S. network through the airline’s Vancouver hub, and in Delhi, Star Alliancepartner Air India offers excellent connectivity across the Indian subcontinent.

The new Vancouver–Delhi service is part of Air Canada’s ongoing international expansion this year, following the recent launch of Vancouver

Air Canada is Canada’s largest domestic and international airline serving more than 200 airports on six continents. Canada’s flag carrier is among the 20 largest airlines in the world and in 2015 served more than 41 million customers. Air Canada provides scheduled passenger service directly to 64 airports in Canada, 54 in the United States and 90 in Europe, the Middle East, Africa, Asia, Australia, the Caribbean, Mexico, Central Americaand South America. Air Canada is a founding member of Star Alliance, the world’s most comprehensive air transportation network serving 1,321 airports in 192 countries. Air Canada is the only international network carrier in North America to receive a Four-Star ranking according to independent U.K. research firm Skytrax. For more information, please visit: www.aircanada.com, follow @AirCanada on Twitter and join Air Canada on Facebook.