The adidas Originals by Ji Won Choi collection celebrates the designer’s Korean heritage with stylistic inspiration and cultural references. Choi adapted her personal design philosophy to the sportswear-inspired line to deliver a fresh take on the classic tracksuit.

The presentation took place in Hawley Wharf, a never before used underground location in Camden. The vast concrete space hosted a bold multi-layered structure, with each layer referencing a color from the collection. The set was inspired by the impossible staircase where models moved in a continuous loop throughout the structure, showcasing the sense of movement within the collection.

Inspired by her visit to adidas headquarters in Germany, Ji Won incorporated more athletic pieces within the collection through bodysuits and swimwear; versatile and perfect for styling. Each look was paired with adidas Originals’ newest women’s footwear concept, Sleek in an added nod to the collection’s ease and versatility.

With the premiere offering of 17 pieces ranging from tracksuits, a jumpsuit, bodysuits, accessories and swimwear, the collection launches with a playful, saturated colour palette that provides a visual, graphic contrast to the white adidas Originals stripe detail. A later offering to come in the Spring will see the collection rendered in a black and white color palette. 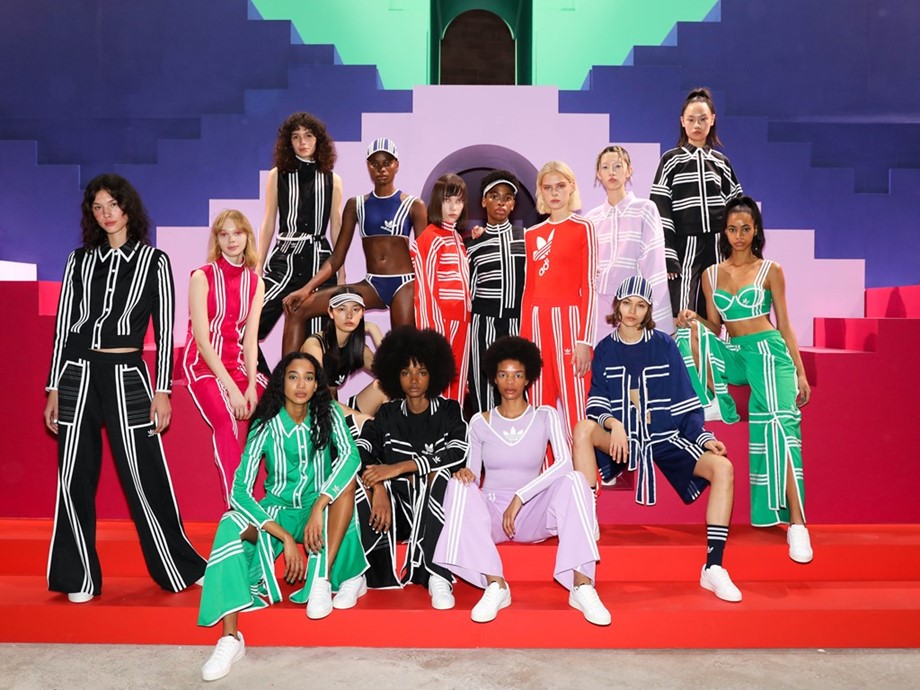 adidas Originals by Ji Won Choi was designed to create confidence for the wearer, but with ease; a loud statement through simple clothing.