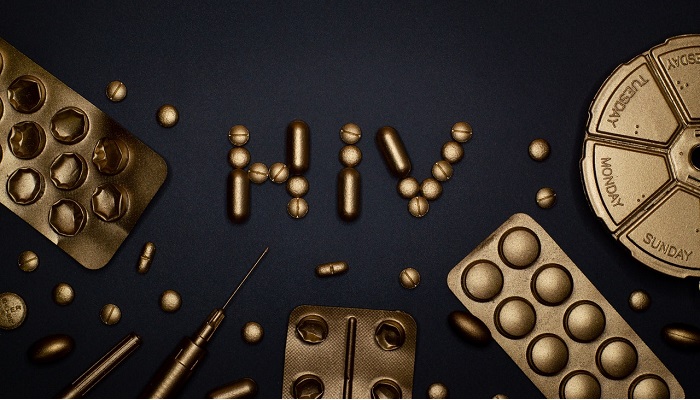 AIDS is the most advanced stage of infection caused by HIV. The names HIV and AIDS can be confusing because both terms describe the same disease. Most people who are living with HIV do not have AIDS. And most people with HIV will not develop AIDS if they start treatment (with medicines called antiretroviral therapy or ART) soon after becoming infected. A person living with HIV is said to have AIDS when their immune system becomes so weak it can’t fight off certain kinds of infections and cancers, such as PCP (a type of pneumonia), KS (Kaposi sarcoma, a type of cancer that affects the skin and internal organs), wasting syndrome (involuntary weight loss), memory impairment, or tuberculosis.

Even without one of these infections, a person living with HIV is diagnosed with AIDS if their immune system weakens, as indicated by the number of CD4 cells. But, again, it is important to remember that most people with HIV will not develop AIDS if they start treatment soon after becoming infected.

To become infected with HIV, infected blood, semen or vaginal secretions must enter your body. This can happen in several ways:

When HIV destroys CD4 T cells — white blood cells that play a large role in helping your body fight disease. The fewer CD4 T cells you have, the weaker your immune system becomes.

You can have an HIV infection, with few or no symptoms, for years before it turns into AIDS. AIDS is diagnosed when the CD4 T cell count falls below 200 or you have an AIDS-defining complication, such as serious infection or cancer.

The chances of HIV progressing to AIDS vary widely from person to person and depend on many factors, including the:

AIDS refers to acquired immunodeficiency syndrome. With this condition, the immune system is weakened due to HIV that’s typically gone untreated for many years.

If HIV is found and treated early with antiretroviral therapy, a person will usually not develop AIDS.

People with HIV may develop AIDS if their HIV is not diagnosed until late or if they know they have HIV but don’t consistently take their antiretroviral therapy.

They may also develop AIDS if they have a type of HIV that’s resistant to (doesn’t respond to) the antiretroviral treatment.

Without proper and consistent treatment, people living with HIV can develop AIDS sooner. By that time, the immune system is quite damaged and has a harder time generating a response to infection and disease.

With the use of antiretroviral therapy, a person can maintain a chronic HIV diagnosis without developing AIDS for decades.

Symptoms of AIDS can also include:

Antiretroviral therapy controls the virus and usually prevents progression to AIDS. Other infections and complications of AIDS can also be treated. That treatment must be tailored to the individual needs of the person.

Currently, there’s no cure for HIV/AIDS. Once you have the infection, your body can’t get rid of it. However, there are many medications that can control HIV and prevent complications. These medications are called antiretroviral therapy (ART). Everyone diagnosed with HIV should be started on ART, regardless of their stage of infection or complications.

ART is usually a combination of three or more medications from several different drug classes. This approach has the best chance of lowering the amount of HIV in the blood. There are many ART options that combine three HIV medications into one pill, taken once daily.

There’s no vaccine to prevent HIV infection and no cure for AIDS. But you can protect yourself and others from infection.

To help prevent the spread of HIV: