Like most moms, Lisa Moore has always bent over backward to put her son Joseph “Joey” Moore in a position to make his dreams come true. But there was one such dream that weighed especially heavy on her.

“I’ll never forget the day Joey came to me and said, ‘Mom, I’m going to go to the University of North Carolina at Chapel Hill,’” Lisa said. “He was only 11 years old when he told me, but his mind was made up. I wanted to help make it happen but, as a single mother, I honestly didn’t know where the money was going to come from.”

When Joey neared the end of high school, Lisa’s manager at the Walmart store in Mooresville, N.C. where she worked turned her onto the Associate and Dependent Scholarship Programs offered by the Walmart Foundation. Not only could associates like Lisa apply for scholarship assistance, but so could their high school senior dependents.

It wasn’t long before Joey started telling me I could do the same thing – that it’s never too late to go to college.

That was 2007.  Joey applied for and received a scholarship, and graduated from the University of North Carolina at Chapel Hill.  And he’s used his chemistry degree to springboard into a successful career with Henkel Corporation. 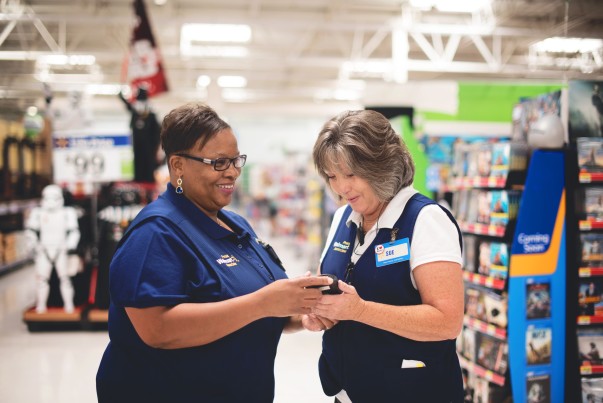 But that isn’t where the story ends with the Moore family.

“It wasn’t long before Joey started telling me I could do the same thing – that it’s never too late to go to college,” said Lisa, 52. “A light came on inside me.”

Already a pastor at Scott’s Chapel United Methodist Church in Statesville, N.C., Lisa recently decided to apply to the Associate Scholarship Program to help finance her enrollment at Hood Theological Seminary School. She, like her son, was awarded a scholarship and is on track to graduate in 2018 with her Masters of Divinity degree. At that point, she plans to focus her efforts full time on the church, pursuing her dream of becoming an elder and possibly even a chaplain.

And she has quite the cheering section behind her.

“There are so many people lifting me up and cheering me on,” Lisa said. That’s why I’ve been with Walmart for 16 years. My job at Walmart has helped put a roof over my head and raise my son, and now it has [helped to support] both of our college educations.

“When I enrolled in seminary, Walmart allowed me to cut back some of my hours to concentrate on school,” she said. “Walmart has always been flexible with my schedule, no matter what was happening in my life and I’m so thankful for that. I’m the biggest cheerleader for this company, not just because of the scholarship program, but because of how it has looked out for me and my family.”